Report from Bangkok: Biennials in Crisis

With tens of thousands of pro-democracy, anti-monarchy protestors on the streets, should the second Bangkok Art Biennale have opened?

What new can be said of tired, large-scale exhibition formats, in which the loosely defined genre of ‘contemporary art’ is all-too-often pressed into the service of economic and nationalist interests, while curatorial themes are stretched to near-meaninglessness in sprawling surveys of work by a roll call of artists with faddish media profiles? Such, according to innumerable critics of international art festivals in recent years, is the biennial effect.  In spite of the COVID-19 pandemic and ongoing demonstrations against Thailand’s military-backed government and untouchable monarchy, the second iteration of Bangkok Art Biennale (BAB 2020) pressed on this year, opening in mid-October and running through to January. BAB 2020 includes 82 artists from 35 nations and is spread across ten venues in Bangkok. Marina Abramović, Anish Kapoor and Ai Weiwei are among the best-known names, while mid-career and emerging artists include Rushdi Anwar, Tada Hengsapkul, Rachel Maclean and Araya Rasdjarmrearnsook. 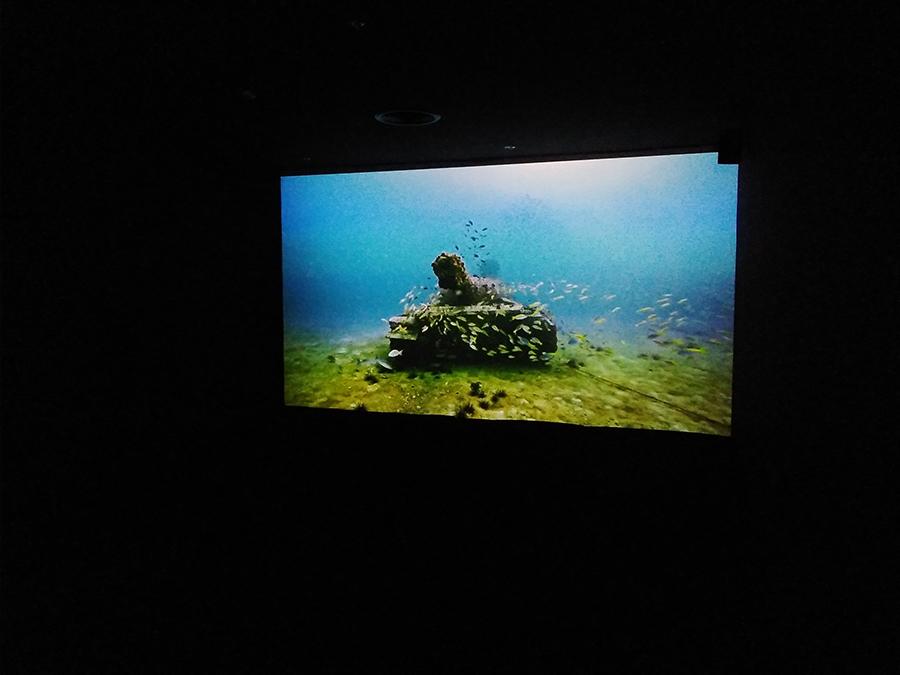 Tada Hengsapkul, You lead me down, to the ocean, 2018, video still. Courtesy: the artist and Nova Contemporary, Bangkok

Perhaps surprisingly, the event has gone mostly as planned. Artistic director Apinan Poshyananda told me that the main challenges were in dealing with beleaguered international transport networks, the mounting of site-specific installations without the on-hand supervision of overseas artists and a reduced adjunct programme. He didn’t say so, but we can reasonably assume that audiences have also been reduced. Thailand has maintained a stringent border lockdown throughout the pandemic, with only special flights for nationals and holders of work permits, complex paperwork to be completed and a mandatory (and expensive) quarantine upon arrival. Poshyananda’s credentials for curating in the wake of crisis are established, as art critic Gregory Galligan characterized in his essay ‘Curating the Contemporary in Decolonial Spaces’ (2019). In 2003, he curated Thailand’s first participation in the Venice Biennale with an ironic take on ‘oriental exotica’ in the shadow of 9/11 and the subsequent invasion of Iraq. In 2010, he organized ‘Imagine Peace: Contemporary Art in Thailand in the Age of Turbulence’ at the Bangkok Art and Culture Centre in the immediate aftermath of a violent military crackdown on protests against an unelected government. I have already noted how Poshyananda’s curatorial work affirms the performative interests of nationalism through a ‘come together’ rhetoric. Now, in view of the country’s ongoing political instabilities – which, having reached a tipping point this year, revealing deep-rooted differences among the population – exhibitions of this ilk have become almost comical. 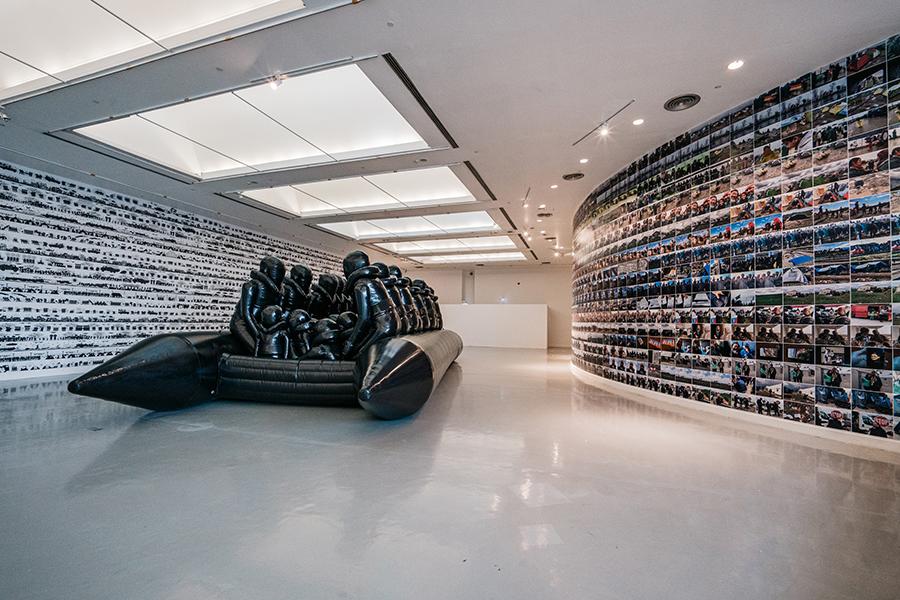 Indeed, this year has seen recurring nationwide protests against a government that came to power after an allegedly unfair election in March 2019, simultaneous to unprecedented public demands for a reformation of the Thai monarchy – an institution ferociously protected by lèse majesté law. In October, as BAB 2020 launched, thousands of protestors took to the streets of Bangkok, only to be met with water cannons and tear gas.

Against this backdrop of painfully evident structural problems, BAB 2020’s theme of ‘Escape Routes’ risks losing any compelling edge. It is unfortunate that some of the most attention-grabbing works only evoke generic ways out of particular social problems or merely metaphorize such problems. These include Weiwei’s enormous inflatable raft that signifies fleeing refugees, and Abramović’s VR experience of a prison cell filling with water. In any case, the vested interests that are sponsoring the biennial – including the Tourism Authority of Thailand (TAT) as well as a number of corporate bodies, banks and luxury brands – already arguably compromise its curatorial mission to help us think beyond typically state-led problems. In a promotional statement for BAB 2020, the governor of TAT writes: ‘This event […] pronounces Thailand’s readiness and capabilities to welcome tourists with our smiles and safety.’

But Poshyananda insists that the very fact of mounting BAB 2020 now is its most important aspect. His catalogue notes quickly shift from a brief introduction of the theme to an exegesis of the challenges of executing the biennial at this time. Here, I am reminded of a comment made to me in 2018 by Gerardo Mosquera when he was curating the 21st Paiz Art Biennial in Guatemala. Dating back to 1978, this biennial, according to Mosquera, was the only international art festival that had been consistently held in the face of often-hellish national politics. Yet, confronted with the challenges of COVID-19, a number of biennials, including Venice, as well as other events and art spaces, have been postponed, moved online or temporarily closed. By pressing ahead with BAB 2020, Poshyananda has demonstrated that a large-scale physical exhibition can be realized in spite of several simultaneous crises. We might also wonder about the fate of the current Bangkok Biennial – an anonymously organized, guerrilla-style event, opening in 2018, which allows anyone to participate however they want across the city. At a time when we have internalized the expectations of restricted movement and social distancing, and local streets are blocked by protestors, who’s going to see the Bangkok Biennial, let alone participate? In times like ours, access is everything.