State of Motion: Rushes of Time 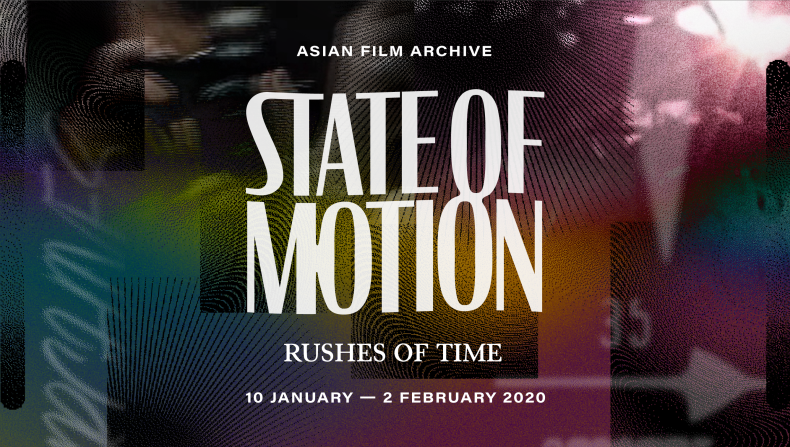 Off the coast of Narathiwat Province, southern Thailand, is an artificial reef made of military tanks originally used during 1980s border disputes with Communist Cambodia. Tada Hengsapkul’s two-screen video installation You lead me down, to the ocean (2018) shows one such tank in its watery retirement grounds. Surrounded by schools of fish, it appears to be the environmentally friendly poster-boy for demilitarisation.

But text projected on the other screen suggests a more complicated version of Thailand’ Cold War legacies. The words are drawn from letters exchanged between a Thai soldier and his wife during the Vietnam War, chronicling personal experiences of a war that would have lasting effects on Thai politics. Although the power of the Thai junta is pretty much taken as given now, it rose to power during the little-known us-backed Thai involvement in the Vietnam War. In this context, Hengsapkul’s work takes on more sinister connotations, evoking submerged histories that are still exerting a malign influence on the country’s fortunes.

The complex interactions of personal memories and collectives histories, and their lingering impact on the present, are some of the themes explored in Rushes of Time, this year’s edition of the Asian Film Archive's annual exhibition series State of Motion. Put together by three guest curators, Cheong Kah kit, Selene Yap and Tan Guo-Liang, the show aims to ‘reflect on the relations between ideas of time, bodies of memory and the moving image’ - vague enough to encompass a mixed bag of ten works.

The show is spread out over two venues, the National Archives of Singapore and a rickety warehouse space in Depot Lane. The National Archives section explores the idea of a repository with an open-studio presentation by artist Koh Nguang How on Singapore’s history of performance art, for example. Over at the warehouse space is where the curating opens up to a looser interpretation of the archival theme, such as Pat Toh’s Typography of Breath (2020), featuring 156 full-length self-portraits after an injury, showing the body as site of memory and trauma.

The commonsense understanding of an archive is that it speaks for the past, but a number of artworks here disrupt this convention. The results are abstract works detached from the worldly facts and meanings with which they were once associated. In Edit cuttings (2018), Sonya Lacey washes the ink from newspapers, dyes them, then cuts and arranges them into rectangle prints with pale washes of colour. Presented flat on tables, some prints resemble the veined, granular surfaces of marble, others washi paper collages. For Halberd Head… (2008), Sriwhana Spong filmed a Javanese spearhead in the Metropolitan Museum of Art, which has a no-video policy, using a pinhole camera fitted with Super-8 film. She then superimposed colour filters created by influential Italian cinematographer Vittorio Storaro, who was a fan of Goethe’s theories on colour. Spong’s film is filled with moving orbs, pretty flares of light and no specific detail. In both works, materials that are tasked to speak (newspaper documentary film, museum artefact with postcolonial history) become recalcitrant, and information is turned into mood. One could read these works as forms of strategic, even defiant, mutisms. But given the considerable amount of about expend for these projects, it is a shame that their hard-earned silences are anodyne rather than thought-provoking.