The recent S.E.A. Focus in Singapore aims at bringing art and artists in Southeast Asia to another level.

A man and a woman are lying face down on the grass. Their heads are covered with what looks like a plain white T-shirt. Fully naked, they are engaged in some sort of fight -- an arm wrestle -- in which no one triumphs.

Onlookers never know who wins as it's a video playing in loop for two minutes -- an artwork by Thai artist Tada Hengsapkul on view at the recent S.E.A. Focus 2020, which was held last month at Gillman Barracks visual arts precinct in Singapore.

"It's a living monument," Tada said of his artwork. "It's a never-ending fight between women and men. Or it can also be interpreted differently. There can be different messages running around its boundary."

Tada is among a few Thai artists whose works were on display at S.E.A. Focus 2020. An initiative of Singapore Tyler Print Institute (STPI) and supported by the National Arts Council in Singapore, S.E.A. Focus serves as a meeting point for art in Southeast Asia. The event featured 20 galleries from Southeast Asia and beyond including Art Porters Gallery in Singapore, The Columns Gallery in South Korea, CUC Gallery in Vietnam, The Drawing Room in the Philippines, Jan Manton Art in Australia, Mizuma Gallery in Japan, neugerriemschneider in Germany, Richard Koh Fine Art in Singapore, ROH Projects Projects in Indonesia, Vitamin Creative Space in China, Wei-Ling Gallery in Malaysia and Nova Contemporary from Thailand.

Renowned Thai artist Rirkrit Tiravanija as well as Latthapon Korkiatarkul and Nipan Oranniwesna also had their artworks on show at the four-day event.

"Normally Singapore is such a faraway place that we need to have good content for the visitors. That's what I am trying to do with S.E.A. Focus -- to make it an anchor -- and hopefully Singapore would be an interesting place for people to visit," said Eu.

Now in its second edition, Eu said the first edition which was held last year was something that sprouted from an idea when she was the president of the Art Gallery Association of Singapore.

It stemmed from the idea that they always wanted to have a gallery show once or twice a year to provide an opportunity for people to have a reason to come to the Garden City. "Everybody was very new," she recalled. "It was a very steep learning curve."

So for this year's edition, she wanted to elevate S.E.A. Focus to another level.

"It [this year's edition] was also another steep learning curve. But this year I have a very specific vision for the participating galleries. I have worked with galleries as to what kind of presentation they should put forward and this is because I really wanted the audience to have a chance to learn about artists' practice. It's almost like a museum-style curation and that's the difference from last year."

With art events like S.E.A. Focus, which was part of Singapore Art Week, as well as Singapore Biennale which runs until March 22, Eu firmly believes that the country's art scene is dynamic and that Singapore has all the elements needed for a good art ecosystem.

"Now we need to go to the next step," she added. "Like how are we using all these resources, how can we then activate all these elements to make it an even more vibrant landscape. This is a very first baby step towards making the art landscape [in Singapore] more vibrant." 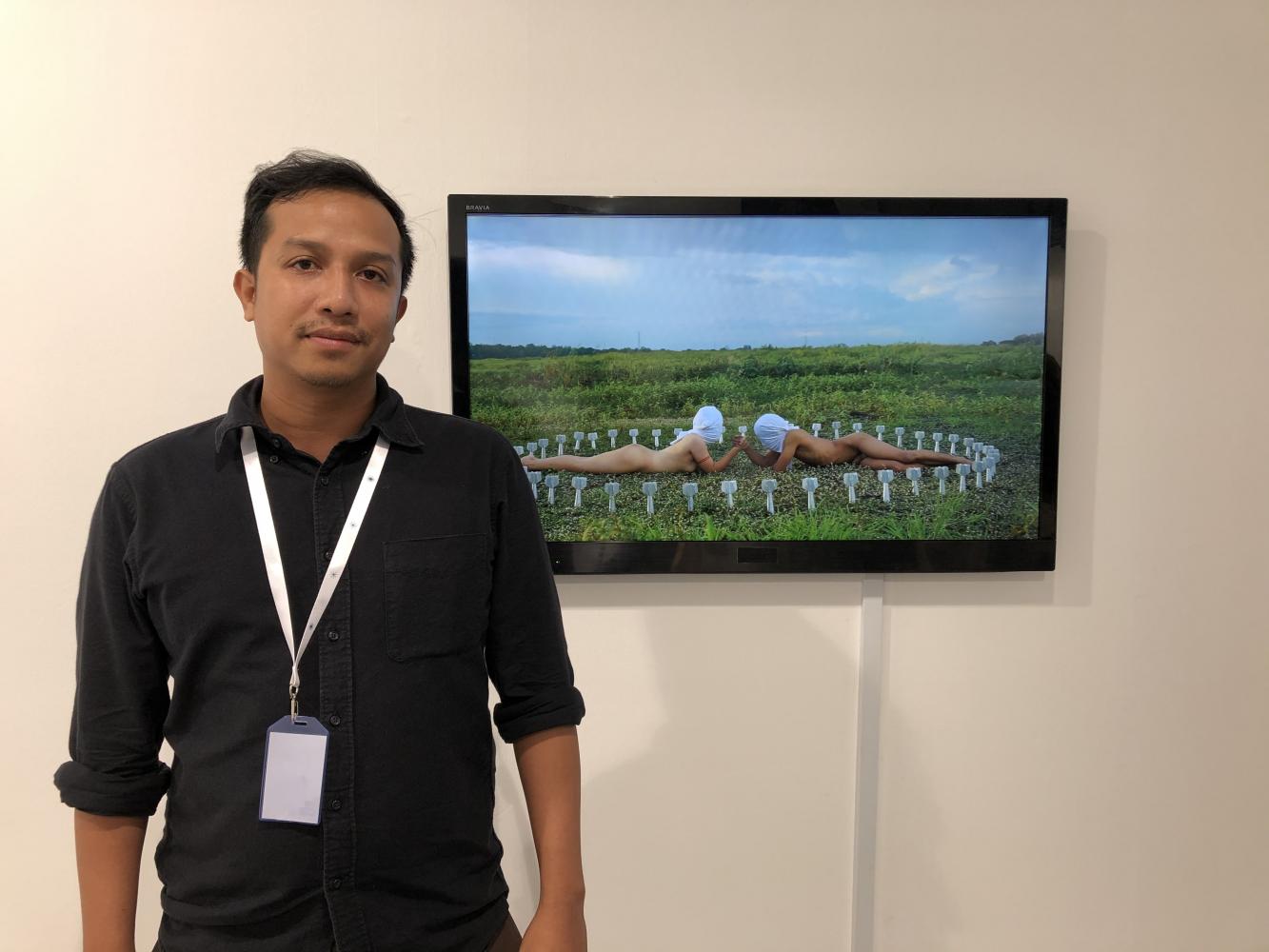 Representing Thailand, Tada said it is crucial for Thai artists to show their creations on an international scale. Since the 1990s, Thai contemporary artists like Rirkrit have drawn the spotlight from international art communities and now artists from Southeast Asian countries including but not limited to Thailand, Indonesia and the Philippines have become increasingly and widely recognised.

"The languages of art vary from place to place," said Tada. "When artworks from other regions are created, people will be interested in understanding what they are like, what they say. It's like when we [Thais] look at artworks created by Western artists and we feel we do not understand [the concepts]. To understand them, what we need to do is to study all the underlying elements. The same happens to art in Southeast Asia. It's another language of art that the international art communities are eager to learn and understand.

"Because art is a way to send a message across. Any message."

Although Tada acknowledges that censorship exists, he believes there are more and more artists these days who choose to stand against suppression either from the government or from society itself. And there are always groups of artists who still believe in freedom of expression and are behind movements to send messages -- political or otherwise -- to their audience.

"Artists are a soft power," Tada commented. "And our job is to continue doing whatever we'd like to do because artists represent freedom in their own rights. We are here to encounter and to create works by our hands. We are not supposed to be told by other people what we should and should not do.

"Artists are most free when we create our works because they are from our soul. So they should not be judged whether or not they are appropriate or otherwise."

"Except for countries like America and some of those in Europe, artists face censorship," Eu noted. "[Artists in countries like] Thailand, China, Korea and Japan also do to a certain extent. There is always something that people will not like to see. There are always people who say 'I don't want to see this and that'."

As S.E.A. Focus' project director, Eu envisions the art event always being on the move, both literally and metaphorically. And by moving, she means doing so with time and with the climate.

"The art world now changes every three months. What I did six months ago is totally not valid today. We have to watch what's going on around us and move with the time. What I wish for S.E.A. Focus is for the event to have an international audience and to elevate the art scene to that level. But in order to get there, we have to move with the times."

Tada sees the future as bright for artists in Thailand and Southeast Asia. But that, he said, would depend heavily on other contributing factors too, especially the political and economic climate.

"Art always runs parallel to other social factors," he concluded. "For example, if the economy goes well, art will too. Political, social, economic and cultural factors are all connected. People who work behind the scenes like staff who install the artworks have to be paid, for instance, so if the economy is bad, they are directly affected. This kind of situation happens. How much art flourishes in the future will depend on these dots. And artists have to adjust to them."